Sunday is coming! “Discovering your sisters and brothers” Mark 3:20-35 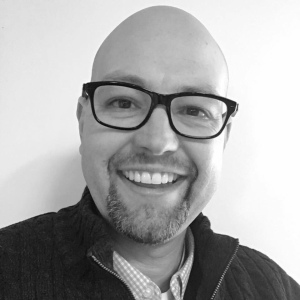 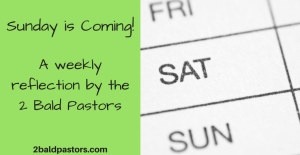 “Whoever does the will of God is my mother and sister and brother.” (Mark 4:35)

It was a soup kitchen, but it ran like a professional restaurant – serving hundreds of meals twice a day in downtown Toronto. Our youth (who were there on a mission trip)arrived at the soup kitchen in the morning to serve as volunteers. After a brief orientation, when we arrived in the morning, we were all given jobs to get that meal ready to go by noon. Because it was such a big operation, each person that worked there barked out orders for things to get done in that noisy and busy space.

At the end of each command – “stir this”; “grab that mop”; “take that tray out to be served”; “we need more garbage bags”; “start cleaning those pots and pans”; came and addressed to each person as “sister” or “brother.”

“Brother, could you come here please and serve these vegetables”; “Sister, start taking the trays out of the oven and put them on the serving counter”; and so on.

After lunch was served, cleaned-up and preparations for the evening meal were made, our group went to retrieve our brown bag lunches that we are prepared before we came.

Then something else happened… we were invited to join the workers for lunch at their table with the meal they had prepared for themselves. We were told later that this did not occur often, because there were so many volunteer groups that came through their doors, all with different motivations and effort. But these sisters and brothers invited us as their brothers and sisters to join them. It was an honor and a privilege. We were treated like family. They saw something in us.

As the crowds pressed in around Jesus, seeking to touch him, hoping to be healed and freed of what had possessed them, his family looked on with disdain saying “he has gone out of his mind” (Mark 4:21).

They called for him, and the crowd told Jesus his family was waiting for him.

When we go to meet Jesus by serving others; when we welcome the stranger; free the oppressed; comfort the sick; clothe the naked; feed the hungry; giving of ourselves as Jesus gave for us (Matt 25:31-46), Jesus promises not only that will we meet him there (Matt 25:40), we also act as part of his family, as sister and brothers (Mark 4:33-35).

What that soup kitchen in Toronto understood, was that they were not only doing the will of God in their community by caring for others, they were serving and meeting Jesus in each of the hundreds of people they served each day. And for whatever reason, they saw that same devotion and dedication in us, as they welcomed us into their family as if we were sisters and brothers already.

Where is Jesus in your community?

Who might we see as our “sister” or “brother” who is already part of our family — doing God’s will around us we may have overlooked?

Follower of Jesus, Husband, Father, Son, Friend, Change Proponent, Goofball, Seeking Faithfulness in the 21st Century
View all posts by geoff sinibaldo →
This entry was posted in 2 Bald Pastors, Sunday is Coming!. Bookmark the permalink.
%d bloggers like this: